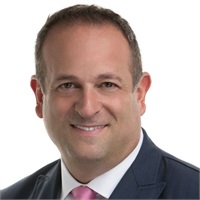 David joined AspireWealth Planners in November 2014 as Managing Partner. He has been described by many as highly committed, very enthusiastic, intensely loyal and extremely knowledgeable in the areas of financial strategy and leadership.

Based in Hunt Valley, Maryland, under David’s direction, AspireWealth Planners aims to be one of the leading holistic wealth experts in our communities, committed to becoming the premiere resource of wealth accumulation and preservation in the Chesapeake Bay Region and D.C. Metro marketplace.

With the guiding values of providing nothing less than excellence in service, as well as integrity and respect, David is establishing a new culture in the firm—creating a mentoring culture for junior associates and a succession plan for team leaders.

David’s expertise in areas of financial strategy and leadership is evidenced by his track record. Prior to AspireWealth Planners, under David’s direction, Independence Wealth Strategies experienced a 68% average sales growth in its top performers. David served as Managing Director there from 2009-2014, during which time the firm achieved MetLife’s Leaders status. As an accolade to the change of culture, the firm won the Philadelphia Business Journal’s 2013 and 2014 Best Places to Work Award

Prior to IWS, David worked as a Division Manager at Creative Financial Group and was at Deloitte & Touche for 2 years. At CFG, his teams earned Chairman’s Council (6 qualifiers), Master’s Council (5 qualifiers), and Leader’s Council (10 qualifiers). He worked directly with 6 of the top 10 producers in the Metlife/NEF distribution channels, resulting in overall divisional GDC in excess of $17 million. He led the strategic practice development and team building of the New England Financial Flagship winner for five consecutive years.

Over the course of his career, Dave has received many of the industries’ most prestigious awards, including Chairman's Council Qualifier (Sales Manager of the Year) and the New England Financial Master Managing Associate Award for the retention of existing producers and development of new recruits. He has won the Agency Builders Managing Associate Award annually since becoming a Sales Manager in 1996 and is a multiple winner of New England Financial's Sales Manager of the Year award.

Active in the community, he is heavily involved with local charities and is a supporter of the Andy Talley Bone Marrow Foundation, the Variety Club as well as co-founder of the Children’s Hope Foundation. Children's Hope Foundation has awarded in excess of $100,000 in scholarships to children directly or indirectly impacted by cancer. In recognition of his profound accomplishments with the Children's Hope Foundation charity, David has been awarded the esteemed Edward E. Phillip Award for Outstanding Citizenship. With AspireWealth Planners, he is actively involved in the Andy Talley Bone Marrow Foundation.

David resides in Garnet Valley, PA with his wife, Gina, and their four children: Robert, Rachel, Dominic, and Gabrielle.

** These awards and/or achievements do not evaluate the quality of services provided and is not indicative of the award winner’s future performance.